European vs. Asian Leaders — or: Useless Discussions vs. Results-Oriented Action 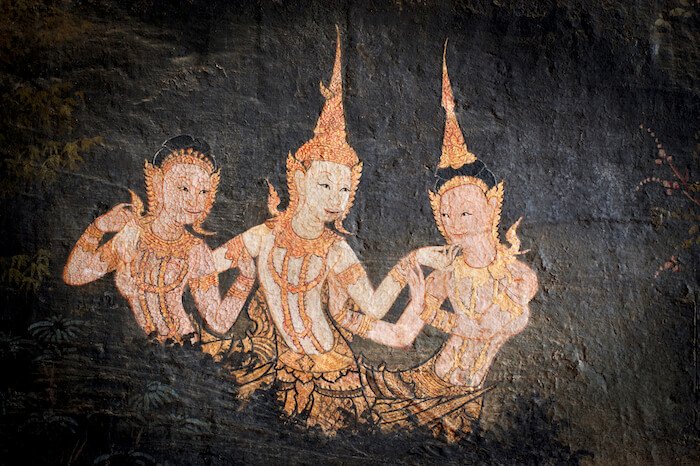 Leadership Lessons: How to Apply the Best from the East and the West

This month I celebrate my twelve year anniversary of living in Asia. It coincides with a one month assignment in Europe as part of a global project, helping leaders achieve sustainable performance. My lesson learned: what goes around comes around!

Twelve years ago I was sent to Thailand as an expat by my former employer. It was my first visit to Asia ever, and an amazing experience for a young German manager who had travelled mostly only across Europe.

One of the first things I noticed was how great the German education system actually is. I never really appreciated it when I was part of the system myself. I do now. Having visited and worked in many countries across the globe, I have some sort of benchmark nowadays.

The quality of education in Germany is exceptional. You can trust that a German engineer who puts “Dipl.-Ing.” in front of his name knows his or her stuff. [1] The same applies for all professions. An American diplomat was once asked about the difference between Germany and the US. “In Germany, the tab will stop leaking once the plumber fixed it”, he responded.

At the same time, I felt ashamed because most kids in Germany (and I have to include my former self here) don’t value this quality and easy access to education. In Asia, for the first time I met kids who wished for nothing more than being able to go to school. They were more eager to learn than any of my former classmates or the kids I know in Germany today. How embarrassing!

In general, I noticed that people in Southeast Asia were more “hungry” than in Europe. I sensed more willingness to put in the extra effort to improve their lives. And I finally really understood what my valued Professor, Wilhelm Keim, meant when he said “we will have to do well in order to make sure we will continue to be well” when he showed pictures comparing Shanghai today and 20 years ago. [2]

Soon I should make another crucial experience. I had no idea at that time that this would hit me back like a boomerang more than a decade later…

I was invited to a one week internal “Mini MBA” program which included a team competition. The teams were function-wise as well as culturally very diverse. I remember that I had quite a debate with an Italian guy about how to approach our task. None of the Asian team members joined this argument. I didn’t bother because I had already experienced that my colleagues from Thailand were more reserved when it came to discussions.

However, ten minutes or so into our increasingly controversial discussion, I made an utmost humiliating observation: instead of waiting for my Italian friend and me to conclude our academic dispute, our Asian team members had simply sat down and started working on the team task without us. We were still discussing the how, whilst they were already getting results! I felt ashamed once more.

Recently, twelve years later, I held numerous workshop on performance management in Asia and Europe. Guess what: not in every workshop in Europe, but only in the workshops in Europe did we have we a lot of “discussions for the sake of discussions”. We would converse endlessly about precise (actually more than just precise !) definitions of terms we used before we would be able to move on. We would debate if and how an exercise should be done. We would spend time discussing items in all depths even though they were not critical to the overall outcome.

All the workshops in Europe and in Asia followed the same format. But whilst participants in Asia would already have completed an exercise, many of their European counterparts would still indulge in debating all the ifs and buts.

Was Karma hitting me after twelve years?

Anyway, here’s my cross-cultural take-away for you:

Whether you’re a leader in the East or in the West, you truly need to embrace diversity & inclusion. It’s not just a buzzword that’s popular to include in company visions & values these days. No matter how big or “advanced” your country might be, the only sustainable way forward is to learn from others and to adapt the best from everywhere. You must also keep an eye on your strengths: you may tend to overuse what you’re good at. And an overused strength turns into a weakness. And to my European friends, the Germans in particular: I wish you stopped discussing just for the sake of discussions, and instead used your great abilities to focus on getting results.

[1] Dipl.-Ing. is the German equivalent to a Master’s Degree in Engineering

Gerrit Pelzer has been based in Asia since 2004. As Leadership Advisor & Executive Coach, one of his focus areas is on Intercultural Leadership Effectiveness.

If you would like a consultation on how you can apply the best from the East and the West to improve performance in your organization, contact him now: